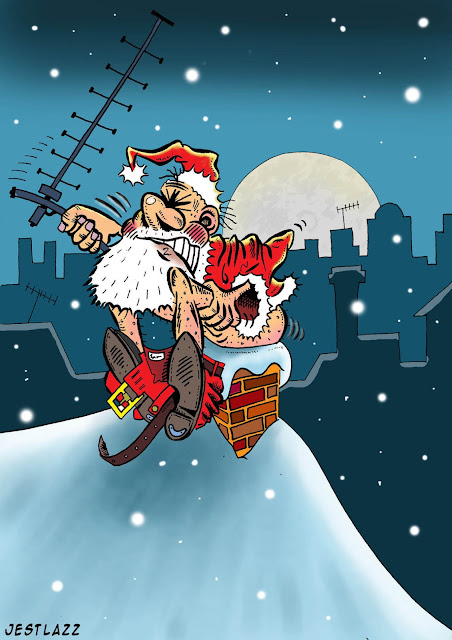 Lately, I’ve found myself wondering, what if. . . .What if, archaeologists one day discover the remains of a fourth Wiseman who didn’t quite make it to Bethlehem? What if, perhaps having consumed too much wine and then having found himself separated from the other three (who went on to become famous), he followed the wrong star east and the donkey on which he was riding, stumbled over a cliff?

Or what if, global recession forces Santa to close his factories at the north pole and shift production to China adding thousands of unemployed Elf migrants to our already over-stretched social housing lists and having to claim benefits. Mr Rumplestiltskin, with his ability to weave straw into gold would no doubt be inundated with job offers in today’s economic climate, but who would employ an Elf that can only build toys?

Unsure whether I can enjoy Christmas anymore, these are the genre of ‘…and finally…’ news reports I would rather listen to, than the more familiar ‘how many more shopping days left’ news reports we will soon start hearing on our radios and televisions.

Because, as usual, even before I've even consumed a mince pie or strung a silver bauble from my tree, the January sales will have already started with TV commercials seducing the masses into parting from their cash faster than a pick-pocket extracts cash from a victim in London’s Oxford Street.

During the next few weeks we will give liberty to consumption and greed as consumerism reaches new levels of depravity and children write ‘must have’ wish lists totalling more than I paid for my first car, despatching them no doubt by email or text message.

Is it any wonder then, that our inordinate appetite to satiate Christmas expectations leave so many of us in debt and utterly miserable. Children, become slaves to trepidation at the thought of saving enough pocket money in order to buy pleasing gifts while grown-ups implement creative accounting strategies to stockpile enough food and beer to sustain an average family for six months in a nuclear bunker. 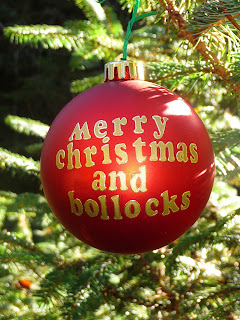 What if then, if we could teach ourselves and our children to understand a little more about some of the traditions surrounding this midwinter festival, and less about consumerism, we may all then learn to be content in the absence of procurement and be thankful for what we already have.

The magic of Christmas that I grew up with has long since past. The traditional twelve days of Christmas, in better days - a duration of modest celebration, has been replaced by a chip and pin extravaganza while seasons greetings are now delivered to me by text message leaving my mantelpiece bare. (Note: If you can’t be bothered or just don’t like buying cards, then try picking up the phone and speaking)

We may well muse that when Pope Julius Ist declared in the fourth century that Christ's official birthday would be held on the 25th of December, he didn't envisaged the festivities being whitewashed by commerce with such wrath, sixteen hundred years later.

I remember my joy as a child one Christmas morning unwrapping a magic set, a Slinky and a chocolate selection box. Nowadays, failed lazy broods stomp their feet and demand overpriced brain deprivation technology of any nature, just so long as it plugs into the back of a television set.

Never shall I spawn a child so repellent, preferring to tutor healthy activities far removed from the mire of a plasma screen.

I admire other world cultures and their ability to embrace contentment through modest expectation, unlike this wretched country where people are judged according to what gadgetry they possess and where contentment is a commodity to be purchased. 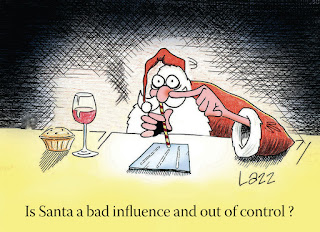 What if then, Santa, whose iconic image is more prevailing than Che Guevara’s and symbolic of modern consumerism and greed, is killed off in an arranged freak accident? Christmas could then be re-invented in a traditional vein with children in their formative years including my own, being raised on minimum expectations and with the ability to be content in the absence of overpriced, brain dumbing and pointless consumer goods . . . have a good Christmas!