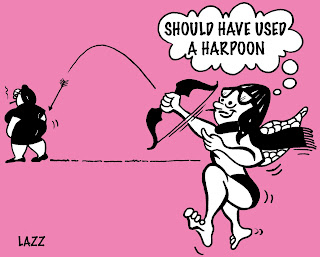 I suppose, an honest way of describing myself would be to admit that my physical and professional attributes are not synonymous of say, George Clooney, albeit we are of the same age. But neither can I remember ever falling out of the ugly tree during my childhood, hitting all the branches on the way down and landing face first in a prickle bush.

I wonder then, if again, I’ll receive no Valentine cards this month, like every other wretched year. I suspect with wry confidence, that this shall be the case.

Statistically however, teachers receive the most Valentine cards, followed by children, mothers, wives, and then sweethearts. And a survey has also discovered that 3% of pet owners even buy a gift for their pet on Valentine’s day. Reassuring for me, then.

I cannot help deliberating though how our customary ritual of exchanging Valentine cards during a courtship, is not dissimilar to exchanging contracts on a house purchase, with completion taking place on wedding days. And as sadly ensues on numerous occasions, either he or she will then elope with somebody else shortly before completion takes place, leaving the other person feeling gazumped and utterly heartbroken.

And for those that do manage to complete contracts, it’s only a matter of time when subsidence and lack of maintenance begets a massive depreciation value resulting in either one of the partners deciding it’s time to move on, perhaps down sizing, or into a younger property offering better amenities and with a much prettier view. Perhaps sensibly, this is why some people prefer to rent without the obligation to purchase.

Poor old Bishop Valentine, who was beaten and had his head lopped off for marrying Christian lovers in the year 269AD contrary to Caligula’s law, has much to answer for today’s UK £1.3 billion greeting card industry not forgetting the florists, the restaurateurs and ultimately of course, the divorce lawyers who should hang signs above their exit doors reading, ‘Bye Now – Pay Later’.

Maybe then, scientists are correct in their verdict that as a species, we are just not biologically programmed to spend our entire lives with just one partner. Concurring with the ideology that as a primate preservation safeguard, if the hunter-gatherer gets trampled on by a big hairy mammoth during a hunt, his mate can utilise her sexuality to find a replacement partner in order to procreate, provide food and thus maintain the survival of the species.

Perhaps timeshare is the way forward. And Cupid, although encompassing honourable objectives with good intent should be exiled to room 101 where I banished Santa Claus, only a short while ago.