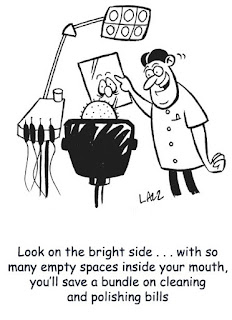 A stock-take recently undertaken by my dentist has revealed I have a substantial deficit of teeth, well below the average two dozen and eight. Consequently, he has argued that it would be better for me if I gave up working as a pub Bouncer, and ate more sweets instead. Allow me to explain . . .

Most of us periodically overstep the boundaries of accountability and reason and do things completely irrational. For example; by patting a dog when it’s glazed eyes and snarl imply not to, eating a phaal curry the evening before a long journey or perhaps plunging our fingers into a mug of scolding tea to retrieve a broken biscuit.

Most people would consider these behavioural oddities to be imperfections. But actually, it is these little gems of harmless peculiarities that allure a person with a curious charm whilst arousing our passion for the eccentric and those who opt to be contrary by nature.

But with over ten years experience as a publican in London, and now as a licensed door supervisor in the south west, the boundary that particularly concerns me, is the fine red line between moderate recreational drinking and our almost culturally obligatory, excessive consumption of alcohol with the sole intention of getting completely pickled.

I have seen this descent into oblivion achieved in less than ninety minutes and it’s generally accompanied by a speedy decline of standard bodily functions such as balance, oral communication and urinary procedural etiquette until finally, culmination occurs on a euphoric plateau of non compos mentis.

Rightly or wrongly, integrity and disposition is generally presumed by others according to our chosen vocation, much the same as we are judged by sartorial and postcode variations. But this studious ability of ours to cold read another person, is far more effective when we haven’t left all our marbles at the bottom of a beer glass.

I refer to all the individuals whom at weekends, far too fuddled to consider my personal history in terms of education, military operational theatre or moral compass bearing, belligerently presume to know absolutely everything about me, simply because my job title describes me as a Bouncer.

Evidently, they say, I must have been bullied at school before flunking my exams and then having reached the glass ceiling in my daytime workplace, pursue a sexual omnipotence by adopting the sartorial ethos of a club doorman.

With booze being the major contributor in more than half of violent crimes including a third of all domestic violence, I suspect that when Mr Blair relaxed our licensing laws in 2005 giving us more flexibility, his think tank neglected to point out that the British drinking culture, unlike other European countries, still remains pretty much on par with how the Vikings preferred to shindig, way back in the tenth century.

Furthermore, our criminal justice system with an annual expenditure of £17 billion fails miserably, in proportion to say, drink driving, in adequately punishing offenders who’s idea of recreational activity is getting blind drunk and knocking out somebody’s hamstead heath.

Consequently, It’s rather ironic that in this 21st century of progressive development, our hospitality industry relies entirely on the security industry in order to subsist giving people like myself the opportunity for employment.

Presumably, anti social behaviour was a problem even back in the Jurassic period judging by their cave graffiti still evident today, where no doubt boorish cavemen with shaved heads carrying big clubs would impress girls at cave-raves with exaggerated hunting anecdotes before later being ejected from the premises for lewd behaviour.

The next time you listen to a ‘God’s honest truth!’ story in a bar, remember that people once believed the earth to be flat until somebody took the time to check. Now today in modern society, ‘flat earth news’ and Britain’s pubs are as inseparable as beer and Britannia.

Affecting people who like to emphasize their superiority over others, they are compelled to compete for reputation and tribal status, attracting sycophants who tag along in awe opting for the far simpler ‘reputation by association’ methodology.

This bizarre behaviour mirrors the almost symbiotic relationship that co-exists when a pilot fish lends itself as a shark’s flunky in return for protection, and this phenomenon is fascinating to scrutinize in some of Devon's community pubs.

When violence normally occurs in a pub, it generally transpires in the form of a shallow glow of petulance, then falters, but smoulders on for a long time like the blue touch paper on a substandard rocket on November 5th.

Then suddenly and without any warning whatsoever, a colourful explosion of dialogue and aggression launches into an unprecedented display of rage. And mayhem ensues as customers either scatter from harms way, or scramble for the best view point.

And it is these violent rages that can be instigated by something as trivial as calling ‘time at the bar’, as was the reason several of my best teeth were kicked out only a few years ago, and not, as I overheard a hospital porter suggest to his mate as I was waiting in casualty, because I was 'probably crawling around the pub floor looking for dropped money and was accidentally kneed in the face by a customer'.

Taking into consideration then, A. Our failure as a nation to preside over discipline. B. The world resources to population ratio, and C. The survival of our species. I predict a point in time many years ahead, when the common man with a dubious genealogy putting them in a high risk category, implying them to be a threat to other people or of no use in our society, shall be considered surplus to requirement.

And this shall give cause for government think tanks to probe deep into the ethical quandary of eugenics as a necessary and sustainable development programme for the survival of mankind.

I won’t be around then, so my immediate concern right now is should I focus my immediate attention on commissioning further dental reconstruction, only to risk my teeth being promptly removed soon afterwards, or do I heed the advice of my dentist and quit bouncing, buy a puffy shirt, and pursue a career as a lounge pianist instead.
Posted by Jestlazz at 13:34