A QUESTION OF PEACHY OR POONTANG? 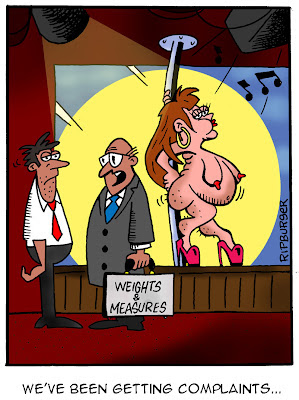 Often spoken, are brutal vulgar weapons of verbal expression that can sting more than an unsolicited bottom slap, haemorrhaging a woman of all her virtues and vilifying the very core of her soul with a perpetual, irrevocable deep wound.

These gaudy and offensive nouns are generally allocated with malice and very often in jest, but either way, the outcome always remains noxious and is generally aimed at those women who at social events, prefer to dress sparingly, or in the vein of poontang.

Once expressed, these slurs can subsist indefinitely feeding on the sartorial ignorance of the host carrier and often, many of the young dim-witted girls we see and hear at weekends in pubs, loud, vulgar and flashing their tits, bear the same slur as their mothers did, or still do.

It’s rather concerning, how modern culture changes over recent years have almost moulded young women today to feel that it’s almost necessary to show as much of their breasts as possible along with other sacrosanct parts of their anatomy, as a means of getting noticed, ignoring the old adage that if you dress like a tart, people will see a tart - but if you dress sharp, then people will notice the person inside.

Women who dress in this way, it has been suggested, are only expressing their sexual freedom, but it has also been said that they are perhaps pandering to dominant male ideology.

Believe what you will. But isn’t it logical that having sexual images and exhibitionism on view so openly in every aspect of our everyday lives - whether it’s the naked magazine covergirls in our supermarket or the weekend teen ladettes who think it’s alluring to grab doormens’ crotches - seriously wanes the very passion that the sexual act is meant to initiate?

Maybe then, just as we add hot mustards or jalapenos to enhance our otherwise dreary sandwich with a bit of pizzazz, more and more people are garnishing their bedroom thrills with a little perversion and decadence, because the stocking itself is failing to satisfy. A by-product perhaps of access to excess?

And I suspect this is just one reason why Lapdancing clubs in England have become more and more popular over recent years. Do you not think?

Over the last few years Titty Bars have been popping up in towns all over the country, opened by business consortiums keen to ride the concentric waves of the successful Spearmint Rhino group.

Unless these clubs are positioned in major cities where success is almost guaranteed by the disposable wealth of white collar workers which in turn allows owners to increase their margins and discourage the lower classes, then you are normally left with rather sad venues offering a second rate service to the lumpen proletariat.

When I was offered a security position at a lapdancing club in the South West of England, I imagined it to be the crème de la crème in terms of employment as a nightclub doorman and I expected businessmen attired in expensive suits with firm judging chins to occasionally stuff twenty pound notes in my top pocket as remuneration for my concierge proficiency complimented by a demeanour echoed only by Roger Moore

Once there, I never allowed myself to become familiar with any of the dancers as I was promptly intuit of a common aura of pre-eminence that they felt over others. And even though most of them were very pleasant, I always questioned the moral substance of a woman who laboured herself in the same genre of prostitution while under the guise of being a dancer.


Curiously, it is believed that a female lap dancer who is ovulating and going through the most fertile period of her menstrual cycle, will earn more money than her counterpart, who is not. And this, apparently, has been interpreted as evidence of oestrus in humans: that is to say - women will always manage somehow to advertise their fertility status to men in a rather subliminal way.

And this rather amazing theory, based on statistics from a number of dancers over a period of two months, earned the authors of this revelation the Nobel Prize in Economics in 2008.

Once the novelty of working in a lap dancing club wore off, in my case, after the first weekend, the job then became like many other jobs: routine, un-interesting and a bit like eating fish and chips for your dinner every day for a month.

The most appealing part of the job wasn’t watching the girls strip. In fact I would purposely choose not watch them as a mark of respect for myself and hopefully to convey the message that just because I was working there didn’t mean I was equally  as sad as the cliental. Just because, I mused, a woman stands on a stage and strips, shouldn’t necessarily mean that every man wants to watch, desire and have her. Indeed, it was purely my keen interest in anthropology, particularly in this social terrain, that kept me working there

I was fascinated as to what made a woman choose this as a career and secondly, what kind of men, couples and often single women, visited these establishments and why?

Surely it wasn’t just to gaze at naked women? On the contrary, to some men, those incapable of approaching and conversing with a woman in an ordinary social setting, it was the only place where a woman would talk to them and where they in turn, could exercise their narcissism and role play a character they have watched in a movie before retiring home to bed with a caressed ego.

When couples came in, it was purely for fun with a sexual twist. The girlfriend or wife would often treat their man to a private dance while often, they liked to watch too and occasionally, he would then riposte with a full nude private dance for his girlfriend – while he sat in an opposite chair enjoyed the show.

Single women would boldly walk in and from the first instance, would enlighten me they were there look at get turned on looking at naked women.

In the club where I worked, there were on an average weekend, between six and nine girls working each evening. And their role as dancers, comprised primarily of three stages:

Stage one: The Pole Dance.
By taking in turns to dance provocatively around a shiny pole (whilst trying hard not to appear too bored) and stripping down to their g-string, the girls are showing the punters what goods they have to offer. A bit like a market butcher who sensationally fondles then slap a prime cut to entice a quick sale.

Stage two: Target selection.
Whom in the audience will they select to sit next to with the sole aim of extracting as much money as possible from him, by convincing him that she really enjoys spending time with him and really is impressed by his textbook stories and anecdotes based on his supposed success and wealth. With any luck, his narcissistic tendencies will compel him to spend £100 on a cheap bottle of champagne from the bar, believing the security staff would never throw out such a grandiose socialite if he was later caught snorting cocaine in the gents toilets. Perhaps after a couple of glasses, he’ll agree to part with even more cash and ask her for a private dance costing upto £500.

Stage three: Let’s get intimate.
Come with me into a private booth, make yourself comfortable and watch me strip naked and fondle my breasts, touching myself intimately with my legs wide apart. Let me turn you on by sitting astride your lap and simulating intercourse with a slow up and down movement. Watch me on all fours at your feet, teasing you by slapping my arse, rubbing myself suggestively while pulling my pigtails hard. For I am . . . a glamorous dancer and an artiste!

It wasn’t uncommon to eject customers for asking “How much for a fuck?” And occasionally we’d escort men out for making lewd suggestions to the girls while blatantly putting their hands down their trousers and fondling themselves or attempting to expose their dangly bits. Once, one of the girls asked me to escort a man in his 70’s from the private booth because he had lunged forward and grabbed her boobs. ’But don’t throw him out’ she pleaded with me, ‘He’s quite sweet really’.

Geographically, the general standard of clubs varies nearly as much as the girls themselves. In the Home Counties, particularly in smaller economically challenged towns, once you’ve paid the entrance fee to get in, the ambience inside can leave you feeling apprehensive.

Standing on thin, stained carpet and with no heating, if the price of a pint doesn’t zing you then the dyed haired hippopotamus wearing a heart shaped thong with tar stained teeth struggling to pull herself up the pole, surely will.

I fondly recall one of the dancers emerging from a private booth looking shocked, when evidently, the customer said to her, ‘Just hold it right there darlin’, I’ve seen enough. You can get dressed again now if you don’t mind’.

I understand of course that perhaps generally, my overall annotations on the lap dancing business could be construed as, shall we say, iniquitous. Perhaps another argument then could be that the whole seedy concept is just an alternative arrangement in the pursuance of suspension of disbelief, just the same as we are able to entertain, amuse ourselves and court belief, by watching, say, Batman, Goodfellas or Lord of the Rings.

We all have our own opinions of course. But if someone had asked me my views on ‘lap dancing’ a couple of years ago, I must admit, my answer would have been slightly vague if not elusive, because I had never really given the subject much consideration.

Today however, if someone were to ask my view on the women who choose to dance practically  naked in front of a room full of strangers before performing a somewhat full on nude and seedy lap dance in private for money where rules are often broken, I would honestly have to say that after working in such a club for some considerable time and witnessing the kind of things that went on, I feel very strongly that the profession borders on or perhaps even overlaps into the realms of what can only be described as prostitution. No offence intended of course.
Posted by Jestlazz at 10:08