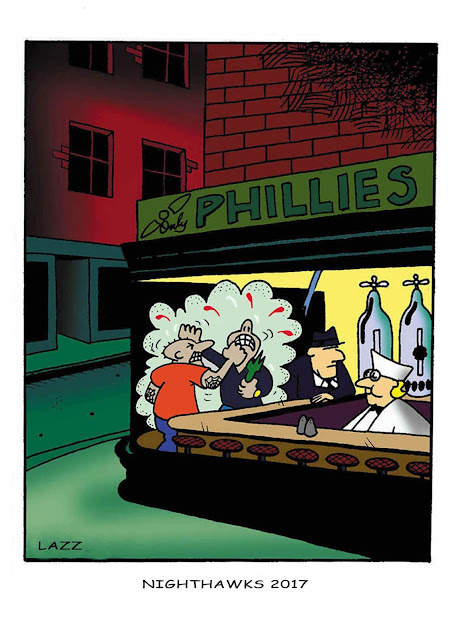 The majority of women have half a glass too much and let down the barriers a little, then they wake up in the morning riddled with guilt and think they can reclaim their virtue by saying “I can’t remember”.
David Niven  in The Pink Panther

Let's suppose that an incredibly superior race of extraterrestrials have been observing our earth since way back in the last millennium.

Now, finally regarding us in such high esteem in terms of our evolvement from tree climbing monkeys to modern day homo sapiens, they decide to visit our planet with the sole purpose of forging an intergalactic alliance that’s considered necessary for the long term continued survival of both of our planets.

And just imagine if they were to bring along with them the wisdom and knowledge that would enable us to solve problems that for years, has baffled our most prominent doctors, scientists and astrophysicists.

They may even be able to show us how it's feasible for the concept of utopia and humankind to co-exist. To live in a world devoid of war, famine, illness and crime as perhaps they have already been doing for hundreds or thousands of years.

And so after many years preparing their finest crew together with a specially elected body of alien beings chosen to represent the ethos of their distant planet, they dispatch a spaceship on a treacherous mission travelling millions of light years through deep space crossing distant galaxies, to visit our earth.

Then finally one day, after perhaps many months traveling in a means of transportation and at a velocity we can’t even begin to understand, they enter our earth’s atmosphere and with trepidation, make a slow and momentous decent before finally touching down onto the surface of our earth.

But then, wouldn’t it be a bloody shame if their spaceship arrived late one night on a bank holiday weekend and instead of landing say, in Parliament Square or on the lawn outside the White House, they landed instead in a typical English town beset with bars, takeaways, racial tension and all the other lowbrow cultural trappings that now mire this once great country.

Hypothetically speaking then, let us assume that they land somewhere like Torquay, Plymouth or even Exeter where I currently work.

Can we even begin to imagine the depravity; degradation and decline that would welcome our visitors when they gather together for the first time on their observation deck and take a look out through the window for the first time?  Just picture it … a dazzling array of pulsating blue Police lights illuminating the hundreds of unruly drink and drug crazed revelers that can pack one stretch of road at any one time.

Groups of police officers, some carrying Tazer electroshock guns, CS gas spray and batons, would be strategically positioned as they usually are at weekends, in an authoritative exhibition of totalitarian might in opposition against the unrelenting violence and lawlessness that spills out from our pubs and clubs and onto our streets each and every weekend.

One officer can be seen pulling back hard on a rope restraining a ferocious German shepherd from leaping up and pulling away, eager to chase and bring someone down using it’s jaws as it was trained to do. While high up, sophisticated and powerful robotic cameras menacingly rotate, roaming up and down the street, searching.

Suddenly outside a bar, a brawl erupts between two mixed gender groups and in typically traditional British fashion, verbal profanities accompanied by a series of goading and aggressive hand gestures are exchanged in a duel tribal display of urban pre-battle foreplay.

A women, barefoot with a tattoo inked across her lower back just above where her thong cuts into her flab, curls her tongue and dispatches a thick green gob planting it on the asphalt just forward of the enemy. With a fag in one hand and a shoe in her other, she yells the familiar battle cry often heard in modern day suburbia, “LET’S FUCKIN ‘AVE IT!”  then dashes forward hammering the pointed heel down hard into a man's head. The ensuing blood that flows from the entry wound signals to all the others for battle to commence.

Within seconds, strangers gather around like children at a playground fight and in all their excitement, takeaway polystyrene containers spill food over the pavement as onlookers hastily cram as much food as they can into their already gorged mouths.

Meanwhile, those others who are so completely drunk that they can't even coordinate the workings of their own legs, somehow manage to advance forward in unhurried stages dragging one foot behind them at a time. And with their vacant eyes, gaping mouths and heads listing over to one side, they resemble film extras from a cult zombie flick.

Just a little further down the road, a young woman squats in a shop doorway as steaming urine cuts a jagged path across the sloped pavement and into the gutter as her friend stands next to her clinging onto a wheelie bin with her head lowered and waiting in anticipation for the inevitable stomach convulsions that always precede the thick surge of rancid vomit that dispenses so vehemently making that well defined splosh sound that we’re all familiar with when somebody chunders.

By this time . . . the UFO's alien mission commander will no doubt be scratching his huge head and looking rather bewildered wondering just where the hell they have landed. No doubt he’ll be asking himself whether his navigation officer made a slight booboo when coordinating their flight path.

But continuing with his assignment, I wonder how quickly his enthusiasm would diminish when, with his entire crew observing through the window with bated breath and with live coverage being transmitted back to his own planet, he climbs slowly out through the departure hatch and as he cautiously descends the exit ramp, he inadvertently steps on a portion of cheesy chips tossed aside only moments earlier by a passing drunk. The ensuing skid snatches his legs away quickly initiating an awkward looking backward flip and he frantically reaches out with both hands to grab hold of anything he can in a desperate, futile attempt to save himself from falling. But as he disappears over the edge, a scream, stifled noticeably by his thick space-suit, can be heard trailing behind as he plummets to the ground landing heavily with an unforgiving thud and startling a young man squatting down just a few feet away having a dump behind the ship’s landing gear.

Nearby, un-phased by all this commotion, seagulls squabble viciously over a kebab strewn over the road while the man who once owned it sleeps soundly across the car bonnet where he fell.

If then after seeing all of this, the alien ship’s commander then feels compelled to run back into the spacecraft screaming, "Abort mission” and blasting-off back into deep space, then in all honesty, could we really blame him? This being the case, to lose the opportunity of benefiting from the knowledge and experience of a race far more advanced and superior than ours, would be nothing short of catastrophic.

Our only slight hope for salvation would be if by some slim chance, just one of their crew would notice amid this shameful exhibition of hedonism and social decadence, a holidaying family of four who after an enjoyable evening out at the theatre now find themselves, caught up in this hellish situation as they make their way back to their hotel.

With the parents having no option but to walk with their two young children through this ominous gathering of human garbage, the children’s faces who only moments earlier looked so joyful now look desperately frightened as mummy and daddy lovingly and reassuringly lift and carry them, pulling them in tightly.

Having noticed the children’s fear and witnessing the true extent of the parents alarm and apprehension, perhaps only then would the aliens, who no doubt have children of their own would then realize that not all people on earth are repugnant as it first appears and they then mercifully choose to stay on this planet and help us rather than flee wrongfully mistaking us to be a species unworthy of salvation.

Perhaps if within their already successfully proven agenda of race development and survival this includes firstly a cull, a procedure we already use successfully when our cows go mad, followed then by implementing a long term reproductive program based on the contentious philosophy of eugenics, then personally, speaking as a doorman, I have no problem with this whatsoever.

Renowned physicist and award winning science writer John Gribbon, put the human race into perspective using the following analogy. If you can imagine shrinking the entire 4.5 billion year history of the earth, into a single 24 hour day period, then dinosaurs wouldn’t show up until 11 o’clock at night and they would be wiped out twenty minutes before midnight and get this! - humans wouldn’t appear until just two seconds before midnight and all of recorded history . . . right back to the pyramids, would take place in the last tenth of a second.

So then, taking this into consideration, as a species still so young in terms of evolutionary advancement, when you consider the enormity and seriousness of the problems and the mess we have created for ourselves as a consequence of our hedonistic, deviant lifestyles, I guess it’s safe to say we have pretty well fudged things up already. Perhaps God’s biggest gaffe was wiring up the circuitry in our brains too swiftly because as our brains evidently developed and became larger and as we became more inquisitive, it didn’t take too long before we climbed down from the trees, learned to walk upright and no doubt had our first cave party.

A graffiti artist is reputed to have once sprayed on a wall, ‘God is alive – but working on a less ambitious project’ and who knows, perhaps this is the case. But I suspect if the truth were known, God is gnashing his teeth for taking that seventh day off to play golf instead of staying put and completing the job efficiently.


A study on the popular Caribbean island of St Kitts in which alcohol was given to monkeys revealed startling similarities between the ways in which humans and small primate react to alcohol.


The study involving one thousand green Vervet monkeys showed that the vast majority drank moderately by stealing alcoholic beverages from the thousands of holidaymakers who visit the beach bars every day. Also, the monkeys preferred to have their alcohol diluted with fruit juice and enjoy drinkng only in the company of other monkeys who are also drinking (and never before lunch). Around 15% drank heavily and frequently, preferring their booze as strong as possible, while roughly the same percentage either sustained or hardly drank at all. And about 5 % turned out to be binge drinkers, knocking it back as fast as possible, getting into fights and then passing out.